In the halls of the Black Palace, where the Shadow King dwells, the Shadow Inquisitors work their cruelest magic. Their dark master devours the truth, extracted from the lips of tortured penitents. His lust for agonized words is matched only by his love of pain. These are the Secrets From the Black Palace.

Secrets From The Black Palace: d20 Deadly Tools of the Shadow King's Court is a MÖRK BORG zine for spies and torturers for the Shadow King himself. It contains 20 pages of tools for espionage, sabotage, and bloody, bloody murder.

Over gothic vistas laden with strange and terrifying tools, Secrets From the Black Palace is sure to contain loot of the highest order, for those who resist the Shadow King, serve His bleak agenda, or merely profit off the bodies of his deadliest agents.

Within its 20 pages, there is art by Thomas Hanusek of DreamHero, beautiful layout by Alex "Auburney" Obernigg of EVERY GOD WILL FALL, and words by The Eldritch Tomb's very own Sasha "TK" De'ath.

Hello and welcome to The Eldritch Tomb's FIRST EVER ITCHFUNDING PROJECT!  As a result, all images you see, as well as all downloaded content, is in its ROUGH DRAFT FORM. These are NOT the final images and reflect an early vision of the book, not the ultimate form it will take.

This brings us to the Inquisitor's Trove. To prepare for a long day of enforcing the will of the Shadow King, one must be vigilant, prepared, and - most importantly of all - equipped. Every $100 will unlock another piece of equipment in the Inquisitor's Trove, and she'll be more prepared to face the dangers of the day. That means for every $100 fulfilled, we will provide an update - on our payment distribution, on individual items, on the future of the project. In short, everything! We have a goal of $2000, with more about it to be revealed when we reach halfwat.

Now, in any of scenario, we intend to take this book to print. Raising $2000 will ensure that we can choose a quality printer, quality distributors, plenty of copies delivered promptly. This fulfillment process will still take a handful of months, but we will work to put up pre-orders and - if we reach $2000 - we will do anything we can to offer discounted copies to previous backers. As stated, there WILL be physical copies, but $2000 is the difference between "physical copies now" and "physical copies later". 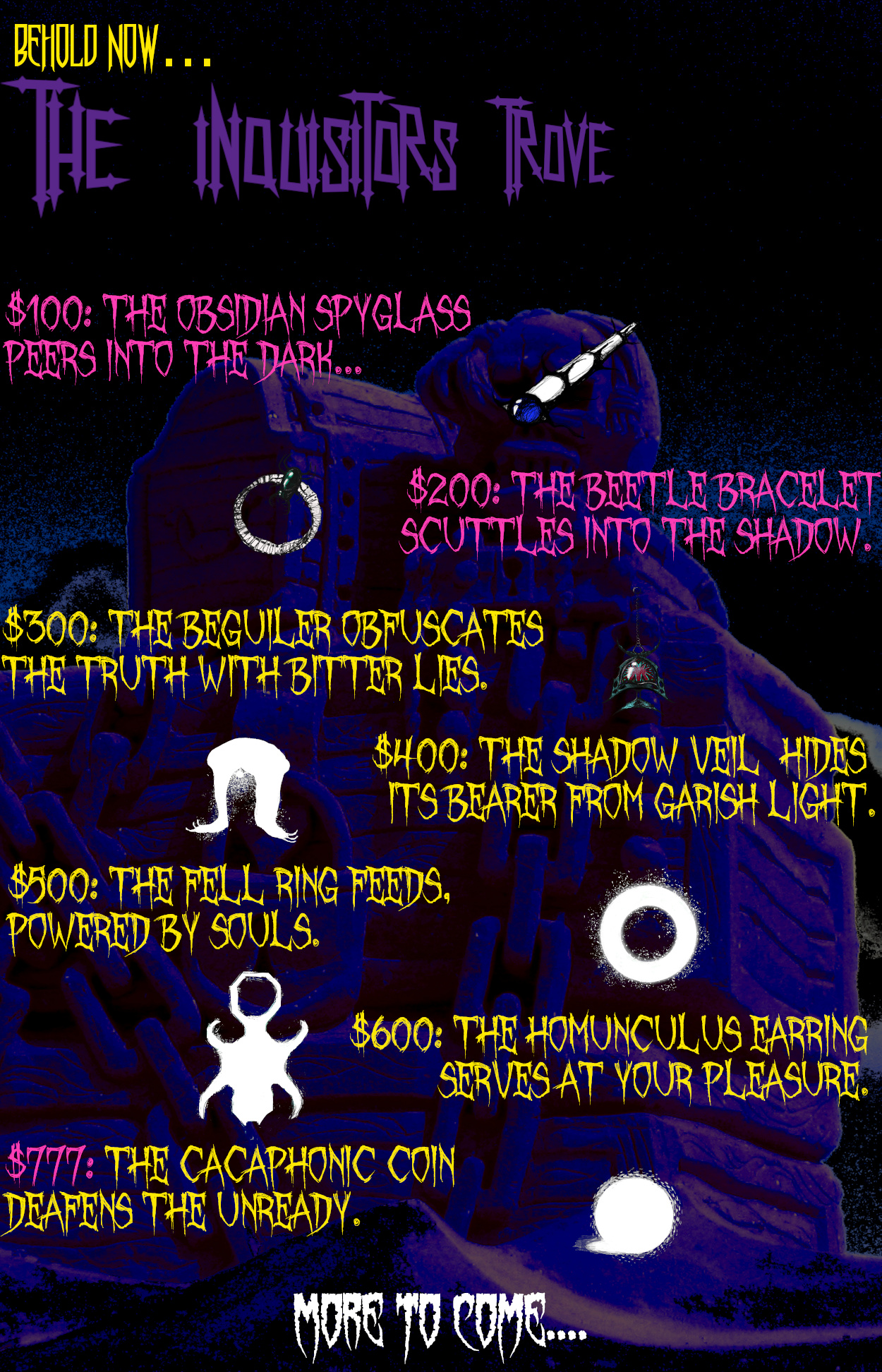 Secrets From the Black Palace is an independent production by The Eldritch Tomb and is not affiliated with Ockult Örtmästare Games or Stockholm Kartell. It is published under the MÖRK BORG Third Party License. 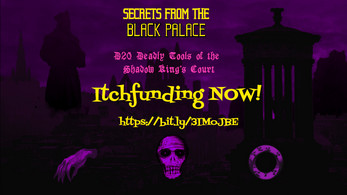 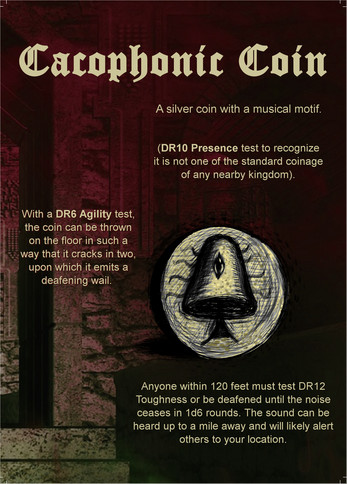 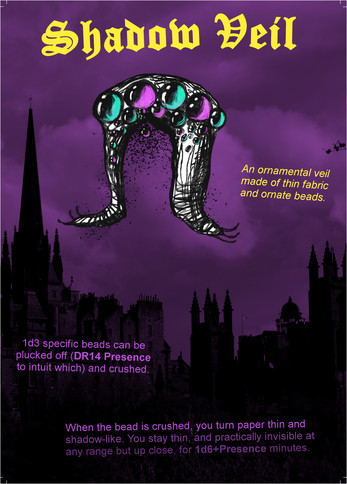 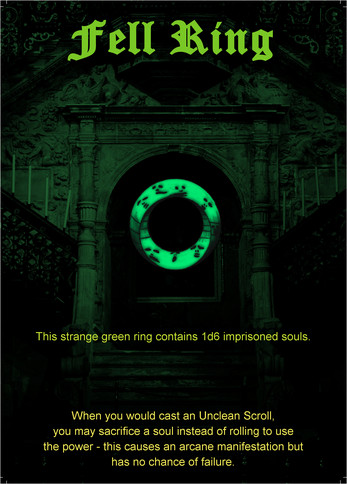